It’s been nearly six years since Breaking Bad went out in a blaze of gunfire, but fans still haven’t stopped thinking about the award-winning crime drama. What really happened to Walter White in the series finale? What’s the backstory on Gus Fring? And what did Jesse Pinkman’s doodles mean? These fan theories answer all those questions and more, even if they strain the limits of logic and sanity along the way. Read on to discover the surprising source of Walt’s cancer diagnosis, and why pink is always bad news.

1) WALTER WHITE PICKS UP TRAITS FROM THE PEOPLE HE KILLS.

Walter White is an unpredictable guy, but he’s weirdly consistent on one thing: After he kills someone, he kind of copies them. Remember how Krazy-8 liked his sandwiches without the crust? After Walt murdered him, he started eating crustless PB&Js. Walt also lifted Mike Ehrmantraut’s drink order and Gus Fring’s car, leading many fans to wonder if Walt steals personal characteristics from the people he kills.

2) GUS FRING WORKED FOR THE CIA.

Who was Gus Fring before he became the ruthless leader of a meth/fried chicken empire? Well, we know he’s from Chile. We also know that any records of his time there are gone. And we know that cartel kingpin Don Eladio refused to kill him when he had the chance. Since Don Eladio has no qualms about eliminating the competition, Gus must have some form of protection. Could it be from the U.S. government? A detailed Reddit theory suggests that Gus was once a Chilean aristocrat who helped the CIA install the dictator Augusto Pinochet in power. Once Pinochet became a liability, Gus went to Mexico at the CIA’s behest to infiltrate a drug cartel. His alliance with U.S. intelligence kept him alive even as his work got more violent, and helped him bypass the normal immigration issues you’d typically encounter when you’ve murdered a bunch of people.

Madrigal Electromotive is a corporation with varied interests. The German parent company of Los Pollos Hermanos dabbles in shipping, fast food, and industrial equipment … including air filters. According to one fan theory, Gray Matter—the company Walter White co-founded with Elliott Schwartz—purchased defective air filters from Madrigal and installed them while Walt still worked at the company. The filters ultimately caused Walt’s lung cancer, pushing him into the illegal drug trade and, eventually, business with Madrigal.

4) COLOR IS A CRUCIAL ELEMENT IN THE SERIES.

Color is a code on Breaking Bad. When a character chooses drab tones, they’re usually going through something, like withdrawal (Jesse) or chemo (Walt). Their wardrobe might turn darker as their stories skew darker—like when Marie ditched her trademark purple for black while she was under protective custody. Also, pink signals death, whether it’s on a teddy bear or Saul Goodman’s button down shirt.

5) BREAKING BAD AND THE WALKING DEAD EXIST IN THE SAME UNIVERSE.

Breaking Bad and The Walking Dead both aired on AMC, but according to fans, that’s not all they have in common. There’s an exhaustive body of evidence connecting the two shows—and one of the biggest links is Blue Sky. The distinctively-colored crystal meth is Walt and Jesse’s calling card on Breaking Bad, but it’s also Merle Dixon’s drug of choice on The Walking Dead. Coincidentally, his drug dealer (“a janky little white guy” who says “bitch”) sounds a lot like Jesse.

In her review of the Breaking Bad series finale “Felina,” The New Yorker critic Emily Nussbaum suggested an alternate ending in which Walt died an episode earlier, as the police surrounded his car in New Hampshire. He could’ve frozen to death “behind the wheel of a car he couldn’t start,” she theorized, and hallucinated the dramatic final shootout in “Felina” in his dying moments. This reading has gained traction with multiple fans, including SNL alum Norm Macdonald.

7) JESSE’S SUPERHEROES ARE A PEEK INTO HIS INNER PSYCHE.

In season 2 of Breaking Bad, we discover that Jesse Pinkman is a part-time artist. He sketches his own superheroes, including Backwardo/Rewindo (who can run backwards so fast he rewinds time), Hoverman (who floats above the ground), and Kanga-Man (who has a sidekick in his “pouch”). The characters are goofy, just like Jesse, but they may also reveal what’s going on in his head. Backwardo represents Jesse’s tendency to run from conflict. Hoverman reflects his lack of direction or purpose, while Kanga-Man hints at his codependency.

This might be one of the wilder Breaking Bad theories, but before you write it off, consider Werner Heisenberg: The German physicist, who helped pioneer Hitler’s nuclear weapons program, is the obvious inspiration for Walt’s meth kingpin moniker. While Heisenberg only appears in name, there are plenty of literal Nazis on the show. Look no further than Uncle Jack and the Aryan Brotherhood, who served as the Big Bad of season 5. At least one Redditor thinks all these Nazi references are hinting at something bigger, a conspiracy that goes straight to the top. The theory starts in South America, where many Nazis fled after World War II. A group of them supposedly formed a new company, Madrigal, through their existing connections back in Germany. Eventually, a young Chilean named Gus Fring worked his way into the growing business, and the rest is (fake) history.

Lots of Breaking Bad theories concern Walt’s death, or lack thereof. But if Walt actually lived through his seemingly fatal gunshot wound in “Felina,” what would the rest of his life look like? According to one Reddit theory, it wouldn’t be pretty. The infamous Heisenberg would almost certainly stand trial and go to prison. Although he tries to leave Skyler White with information to cut a deal with the cops, she could also easily go to jail—or lose custody of her children. The kids wouldn’t necessarily get that money Walt left with Elliott and Gretchen Schwartz, either, as they could take his threats to the police and surrender the cash to them. Basically it amounts to a whole lot of misery, making Walt’s death an oddly optimistic ending.

10) BREAKING BAD IS A PREQUEL TO MALCOLM IN THE MIDDLE.

Alright, let’s say Walt survived the series finale and didn’t stand trial. Maybe he started over as a new man with a new family. Three boys, perhaps? This fan-favorite theory claims that Walter White assumed a new identity as Malcolm in the Middle patriarch Hal after the events of Breaking Bad, making the show a prequel to Bryan Cranston’s beloved sitcom. The Breaking Bad crew actually liked this idea so much they included an “alternate ending” on the DVD boxed set, where Hal wakes up from a bad dream where “There was a guy who never spoke! He just rang a bell the whole time! And then there was another guy who was a policeman or a DEA agent, and I think it was my brother or something. He looked like the guy from The Shield.”

What happened to Skyler White after she was last seen in the Breaking Bad series finale? The show’s creator Vince Gilligan is currently working on a Breaking Bad spin-off film, but it’s unclear if any members of the White family will make an appearance. Actress Anna Gunn played the White family matriarch in all five...

What happened to Marie Schrader after the events of the Breaking Bad series finale? Actress Betsy Brandt played the role of Skyler White’s sister for all five seasons. Marie was a loyal supporter of the White family, especially after Walter’s initial cancer diagnosis. At the start of the series, Marie and Skyler had a relatively... 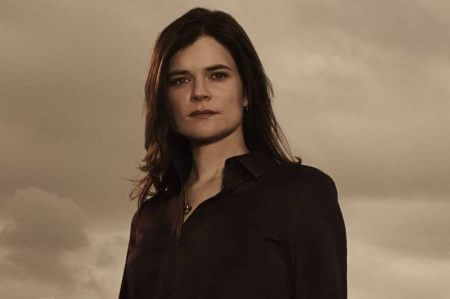 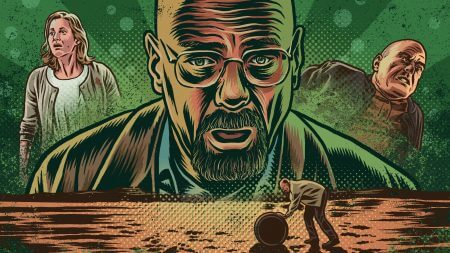