Breaking Bad is a show that teaches you not to get too attached to characters. The epic series follows Walter White’s transformation from a mild-mannered high school chemistry teacher into a meth-cooking criminal. The result is an intense journey filled with violence and death.

While you could argue that some of the people who are killed throughout the show certainly had it coming, there are a lot of character deaths that are pretty emotional. Whether it is a beloved character dying or the impact their death had on other characters, it broke our hearts to see them killed off. Here are the saddest character deaths on Breaking Bad.

Jesse Pinkman loses a lot of people close to him throughout the series and Combo was the first. He was one of Jesse’s best friends and one of the people he brings in to help him sell off the meth they are cooking. Unfortunately, Combo finds out the hard way that the drug-dealing world is competitive.

As he is working the corner, Combo sees some hard-looking men watching him. As he calls for help, a young boy riding by on his bike pulls a gun and shoots Combo. As he tries to run for his life, the young boy keeps firing, eventually killing Combo right in the middle of the streets.

Gus Fring is not really someone you can feel too bad for. He is a ruthless drug kingpin capable and willing to kill anyone who gets in his way. However, he is also a man who has a lot of heartbreak in his life as we learn through a flashback.

After establishing himself as legitimate competition for the cartel, Gus and his partner, Max, are granted an audience with Don Eladio. However, Don Eladio wants to teach Gus some respect and executes Max right in front of him. The anguish screams from Gus show this was someone he truly cared about.

For the entire run of the show, Gomez was the loyal friend and partner to Hank Shrader. The two men worked side-by-side as DEA agents, often seeming as close as brothers. So it’s not surprising that when Hank decides to go after Walt, Gomez is the only one he trusts to back him up.

Unfortunately, that level of trust leads to Gomez’s death. After following Hank to arrest Walt in the desert, they soon find themselves surrounded and outgunned by Uncle Jack and his crew. The episode “Ozymandias” opens with the aftermath of the shootout with a devastating image of Gomez lying dead in the dirt.

Gale was an unusual and key figure in the Breaking Bad world. A brilliant chemist in his own right, Gale is chosen by Gus to work alongside Walt as his new cooking partner. Despite being involved in criminal activity, Gale is a kind man who becomes a victim of Walt’s grab for power.

After fearing that he and Jesse will be replaced once Gale perfects the cooking procedure, Walt orders Jesse to kill Gale. Not only is the reluctance on Jesse’s part heartbreaking, but the shock and confusion of Gale make the moment incredibly impactful.

It seems strange the death of a show’s main character would not rank higher on this list, but the death of Walt was not exactly what you would call sad. After coming out of hiding, Walt tracks down Uncle Jack and his crew and sets up a trap that wipes them all out. However, Walt is injured in the process and dies as police arrive on the scene.

By this time, it felt like it was time for Walt to go. He had caused so much damage to so many people that his death was probably something he had planned. Still, the image of him dying in his own lab was effective.

Mike is another character who lived on the wrong side of the law and eventually paid for it, but it was still sad to see him go. Mike and Walt rarely saw eye-to-eye and this eventually led to his downfall.

As the police close in on Mike, he attempts to make a run for it after meeting with Walt one last time. The two men argue and Walt eventually shoots Mike. As he sits by a river, slowly bleeding out, Walt tries to rationalize killing him. Mike gives the perfect and sad closing line, “Shut the f**k up, and let me die in peace.”

Andrea represents yet another tragic death that weighs on Jesse Pinkman’s conscience. Jesse meets Andrea in a Narcotics Anonymous meeting and the two form a bond. Jesse particularly forms a connection with her young son, Brock.

After they drift apart, Jesse is taken captive by Uncle Jack and his crew. When he tries to escape, they decide to punish Jesse by killing Andrea and making him watch. As we see in El Camino, this is a death that still fills Jesse with guilt and that he clearly feels responsible for.

Walt started out on his path of criminal activity as a way to provide for his family, so it is only fitting that his actions would lead to the death of a family member. And when Hank found out the truth about Walt, it put the two men on a collision course.

After arresting Walt and being confronted by Uncle Jack’s crew, things certainly don’t look good for Hank. As Walt pleads with Jack to spare Hank’s life, Hank delivers his heartbreaking final words to Walt, “You’re the smartest guy I ever met but you’re too stupid to see. He made up his mind ten minutes ago.” And he is shot dead in front of Walt.

There is a theme throughout the series that because of Walt’s obsession with power, innocent people pay a big price. One of the most shocking and horrific examples of this is the fate of young Drew Sharp.

After Walt, Jesse, and Todd pull off the daring train heist, they only have a moment to celebrate their victory before they turn around and see Drew standing there on his dirt bike, watching them. Confused, he gives the men an innocent wave before Todd calmly shoots the boy.

Jane is yet another tragedy in Jesse’s life and one that has stuck with him for a long time. Jane is introduced as Jesse’s landlord and the two quickly form a bond together. Unfortunately, this also leads to Jane relapsing and becoming addicted to meth again.

As Jane convinces Jesse to turn against Walt for money, Walt begins seeing Jane as a threat to their partnership. Walt visits them one night and finds them both passed out. But when Jane vomits and begins chocking in her sleep, he decides to do nothing and let her die. It is a moment that broke Jesse in many ways.

On January 10, 2008, Breaking Bad made its debut. Though it didn’t premiere to over-the-top ratings, over the course of five seasons, it morphed into a television phenomenon—thanks in large part to word of mouth and the increasing popularity of binge-watching. At its most basic level, it’s the story of a soft-spoken chemistry teacher who,...

Breaking Bad is undoubtedly one of the greatest TV shows of all time. Nearly every aspect of its production was acclaimed, including the acting, writing, directing, cinematography, and authentic Albuquerque setting. That said, not all the episodes can be winners. While a large majority of the show was acclaimed, there are a few standout episodes.... 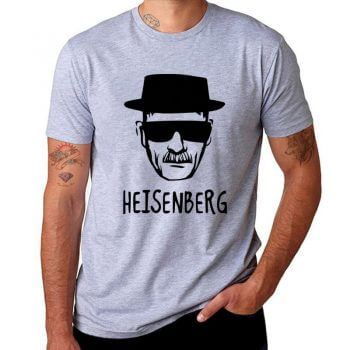 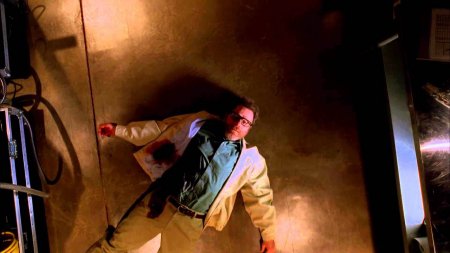