Mike Ehrmantraut is not a man of many words. A rogue cop turned hitman, he provides ample threats and questionable morals when it came to Walter White’s coworkers. His quiet reserve makes him all the more intimidating, at least to most people. Walter and Mike didn’t get along too well, possibly owing to the fact that Walter rarely gave in to Mike’s demoralizing tactics.

Still, Mike serves his purpose as one of Breaking Bad’s most likable, albeit villainous, characters. His character has been so well received that he earned his own spot on the Breaking Bad spin-off, Better Call Saul. For those who haven’t revisited the original series in quite some time, here are Mike‘s 10 most badass quotes from Breaking Bad.

Back when Walter still recognizes Mike as someone not to mess with, he makes sure to keep his distance. When meeting Mike and Gus in the desert, Walter tries to get Mike to reveal over the phone the purpose of their meeting.

With the dusty plains of the desert between them, Mike assures him that if they were there to kill him, he could do it from his current position. And the way he says it so nonchalant is what makes the quote that much more chilling.

In this pretty lengthy monologue, Mike is explaining one particularly harsh situation he had to deal with as a cop. It is seemingly the first time that Mike threatens to kill someone, a man who routinely beat his girlfriend.

He lets the guy go, only to have the same guy kill his girlfriend barely a week later. Mike says, “The moral of the story is: I chose a half measure when I should’ve gone all the way. I’ll never make that mistake again.”

After Walter kills Gus and decides to take the reins on the whole meth operation, Mike isn’t shy about voicing his doubts. And when things come to ahead, Mike directly lets Walter know just how he feels.

It’s clear at this point that Walter is going to force Jesse to continue in their business, despite Jesse telling him again and again that he’s out. Mike lays down a line saying “You are trouble. I’m sorry the kid here doesn’t see it, but I sure as hell do. You are a time bomb. Tick tick ticking. And I have no intention for being around for the boom.”

#7 – “EVERYONE SOUNDS LIKE MERYL STREEP WITH A GUN TO THEIR HEAD.”

Mike has an unconventional relationship with a well-to-do woman, Lydia. She is the Head of Logistics at her company, making it easy to supply the crew with methylamine. However, as things go south (thanks in large part to Walters hit on Gus), Mike begins to question their loyalties.

Lydia is uptight and conniving, so naturally, Mike doesn’t trust her. When he brings her in to kill her under the assumption that she has turned against them, Jesse and Walter employ him to see reason. She is essentially begging for her life, saying she has nothing to do with the tracker on her methylamine containers. The others seem to think she’s telling the truth but, as Mike so ruthlessly puts it, “Everyone sounds like Meryl Streep with a gun to their head.”

Mike and Jesse make a pretty dynamic team, although it wasn’t like that from the beginning. Mike has little respect for Walter and his junkie helper. Jesse, who is too traumatized by what this enterprise has brought to their lives, is no longer intimidated by the hitman.

He frequently talks back to Mike, which seems to set Mike’s teeth on edge. After one sarcastic comment too many, Mike threatens Jesse by telling him he’s on thin ice. Somehow this comment still doesn’t shake Jesse.

Hank Schrader has had his nose in the meth scam for over a year. But anytime he gets closer, Walter, Mike, or Gus does something to throw him off the scent. He tails Mike for a while, even almost catching him while he was enjoying a day at the park with his granddaughter. Hank finally gets a warrant from the DEA to search his house, but of course, Mike is well prepared.

And to add insult to injury, when Hank barges in the old man’s house and happily serves over the warrant, Mike lays on this blasé comment to show Hank that he has nothing to fear.

Mike’s general tone of voice is enough to send chills down your spine. When he makes notions such as this, it’s incredible that Walter still doesn’t back down to Mike. Mike is, of course, referencing the fact that Walter had Gus, the head of their enterprise, murdered so that he can take over the business. Mike is infuriated by this move, stating that Walter essentially disrupts their well-oiled machine.

Walter seems pretty confident in his role as the new leader, but Mike makes it known that just because he took out Gus, it doesn’t make him as good as Gus.

Jesse and Walter have to wonder on numerous occasions whether or not Mike is going to kill them. This puts them both on edge until they both relent to the fact that there is no way they will ever see Mike coming.

Eventually, these three become the core runners of the “Heisenberg” operation, much to the chagrin of Mike. He eventually steps down, letting Jesse know that it has not been a pleasure to work with either of them.

This comment surely had to spite Walter. This is the moment that has an audience wondering what Walter will say or do in response to Mike telling him he should have “known his place.”

At this point, Walter assumes the position that Gus had left open, although no one else, (especially Mike) thinks he is capable of running the gig. He tells Walter that they had a good thing, calling him a son of a bitch. He goes on saying, “You, and your pride and your ego! You just had to be the man! If you’d known your place, we’d all be fine right now!”

When Walter unexpectedly shoots Mike, it isn’t immediately clear what will happen to him. Mike thus far in the series has seemed untouchable and all but invincible. And even though Walter has shown his true colors and capabilities, it didn’t seem likely that this minimal argument is what would do Mike in.

However, Mike’s end becomes apparent with this quote. It’s clear that he’s not going to make it, but you have to applaud the fact that he maintains his cutthroat facade even in the face of death.

Walter White was one of the most compelling protagonists on television, who viewers struggled with whether to root for or despise. His slow but scary descent from a timid high school chemistry teacher to a drug lord you dare not cross was riveting through every episode of the long-running AMC series. With Walter, it didn’t... 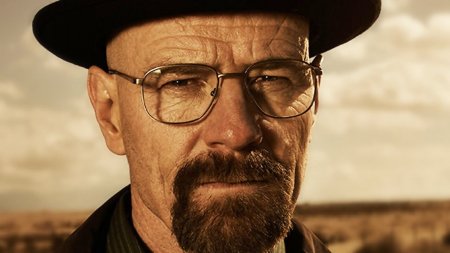 Breaking Bad's Walter White is one of the iconic TV protagonists of the 21st century. Here are ten best quotes said by Bryan Cranston on the show.